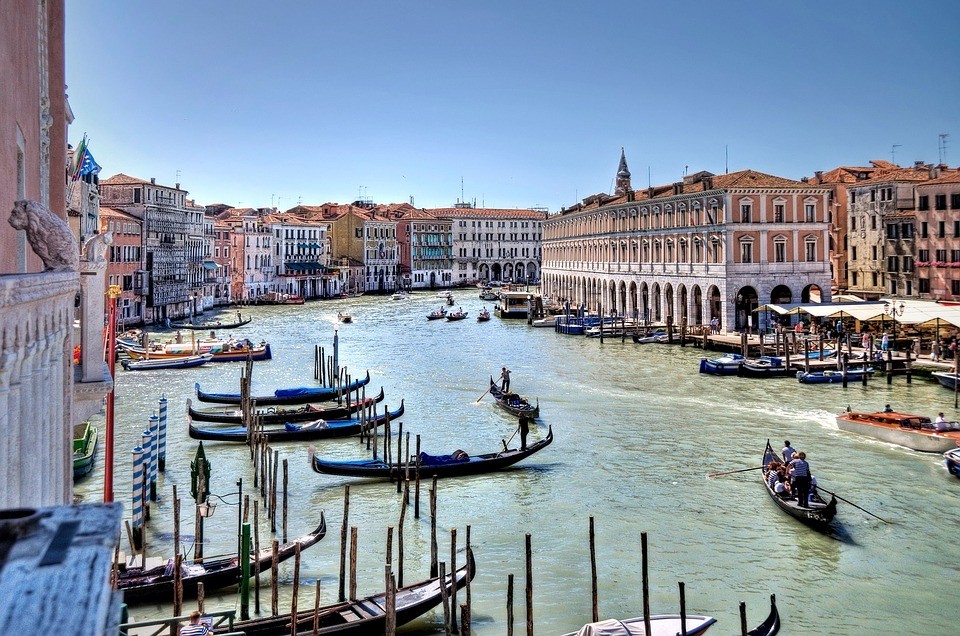 The 25th of April is incredibly important for all Italians, it is the anniversary of the liberation of Italy from the Nazi occupation and the end of the Italian Civil War. It is also the feast day of St. Mark, the patron saint of Venice. Although no excuse is ever needed to visit Venice any time of the year, the multitude of celebrations occurring make this time of year perfect to visit ‘La Serenissima.’

To celebrate Liberation Day, Venice puts on a variety of events throughout the day. They begin with a flag-raising ceremony in Piazza San Marco, followed by the choir accompanied percorso della Memoria (route of memory) in the Cannaregio district. Wreaths are laid at the war memorial in Campo Santa Margherita, as is done on the island of Giudecca. Medal-giving ceremonies also take place across Venice at various times during the day.

However, it is in the feast day celebrations that the opportunity to join in with the locals really presents itself. Mass is held by the Patriarch of Venice in the Basilica di San Marco, which offers both the opportunity to share and take part in a sacred local tradition but also to experience the sheer golden splendor that is the Basilica, both inside and out. Another local tradition, intrinsically entwined with the day, is that men give rosebuds to their beloveds, mothers, daughters, and sisters. The legend goes that in the 19th century Maria Partecipazio, a daughter of the Doge, fell in love with Tancredi the troubadour, a mere commoner. However, the Doge disapproved of the relationship and forbade them from marrying. Retellings of the legend differ on whether the Doge sent Tancredi off to war to rid himself of any problems or if Tancredi willingly enlisted to fight in order to gain the Doge’s resect: either way, before he could return to Maria Tancredi was killed in a rose garden. As he lay dying, he entrusted a rosebud to his friend Orlando, which was stained with his blood, that Orlando was to give to Maria as a last token of Tancredi’s love for her. Maria died on the 25th of April, one day after she received the bud. Since then, the giving of roses has been part of the feast day celebrations in honor of Maria and Tancredi’s love for each other.

If you are unsure about what to eat on the day, look no further than risi e bisi (rice and peas). It is the custom in Venice to eat this dish on the feast day as it is supposedly the same dish that was offered to the Doge each year.

Venice is an exquisitely charming city that is steeped in history, and this day offers an unprecedented chance to take part in its culture and traditions.